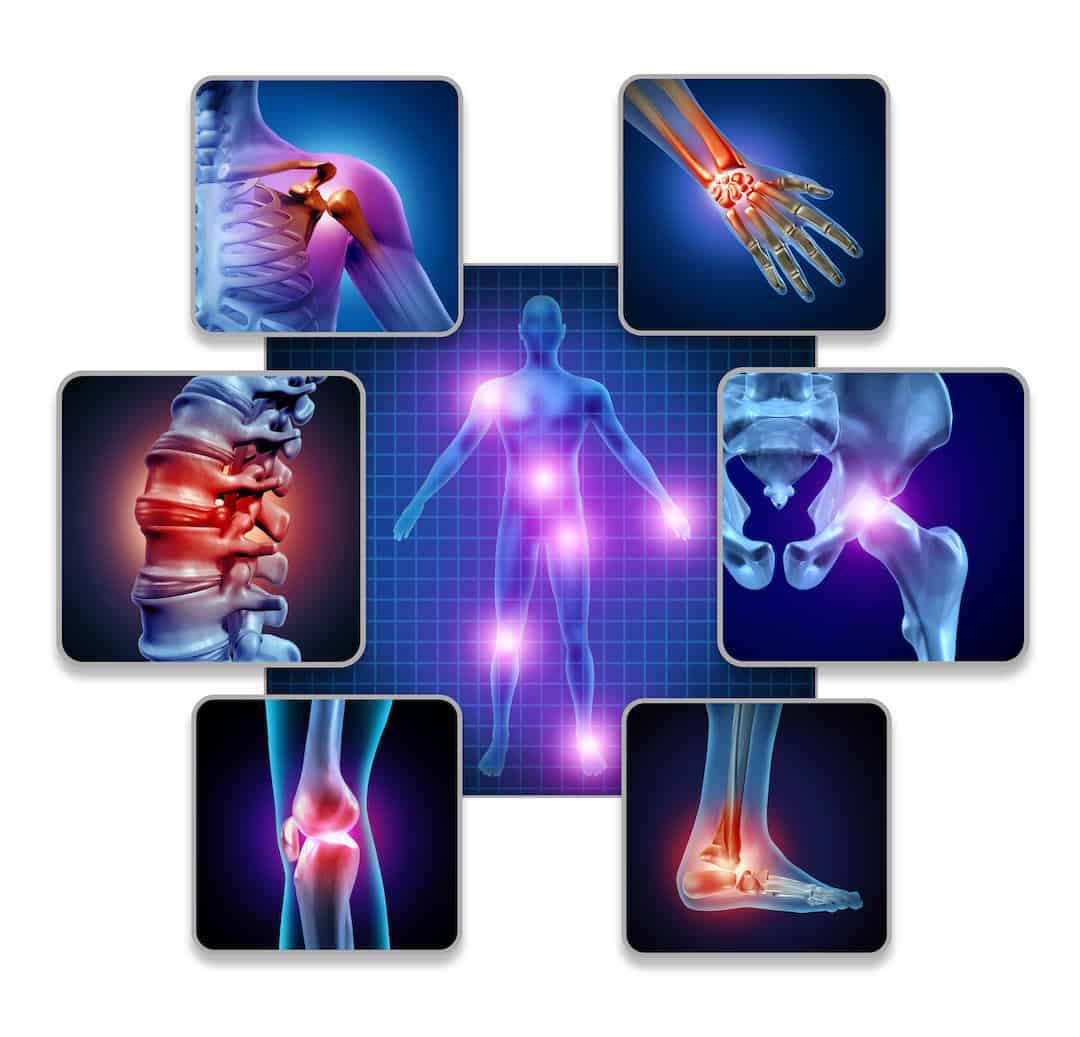 What diseases are linked to fibromyalgia?

Symptoms of fibromyalgia are often misdiagnosed because they mimic the symptoms of other disorders and have the same triggers.

What is fibromyalgia and does it have a cure?

Fibromyalgia is a prevalent and very painful disorder of the soft tissues and muscle that affects more than 2 percent of the adult population in the U.S. As yet, there is no known cause, nor is there yet a proven cure for it. Primarily, it affects female adults. Of those who are known to have fibromyalgia, statistics indicate that as many as 90 percent of them are women, although it sometimes affects men and children as well. 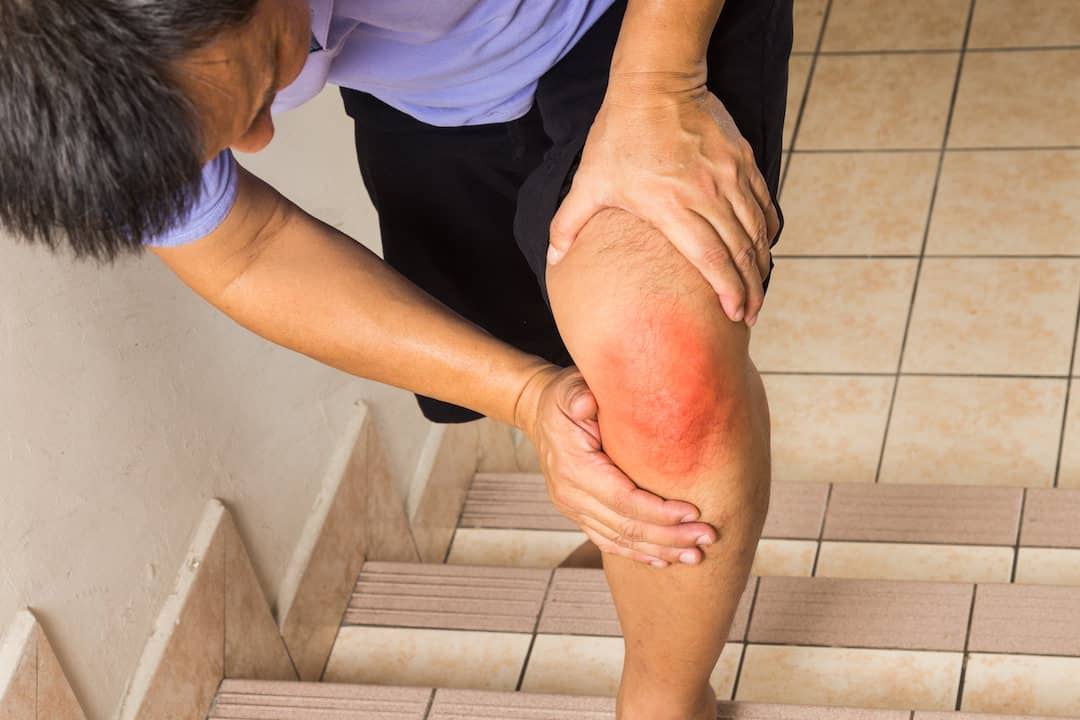 What are the symptoms of fibromyalgia?

The most consistent symptom of fibromyalgia is a dull, constant pain that doesn't abate. Depending on the individual's physiology, there may be other symptoms, such as:

Are there flare-ups with fibromyalgia?

Those who have fibromyalgia report that there are conditions that will trigger a flareup. Changes in the barometric pressure can cause a flareup that usually lasts for a day or so.

Stress can cause a major flareup that can last from a day or two to several months. Since stress is a part of daily life for almost everyone, stress flareups tend to be insidious and may occur without noticeable warning.

Both minor and major illnesses can trigger a flareup of fibromyalgia symptoms.

Hormonal changes can trigger flareups, so your medical professional may be able to provide you with a remedy for the times that your hormones are in flux. 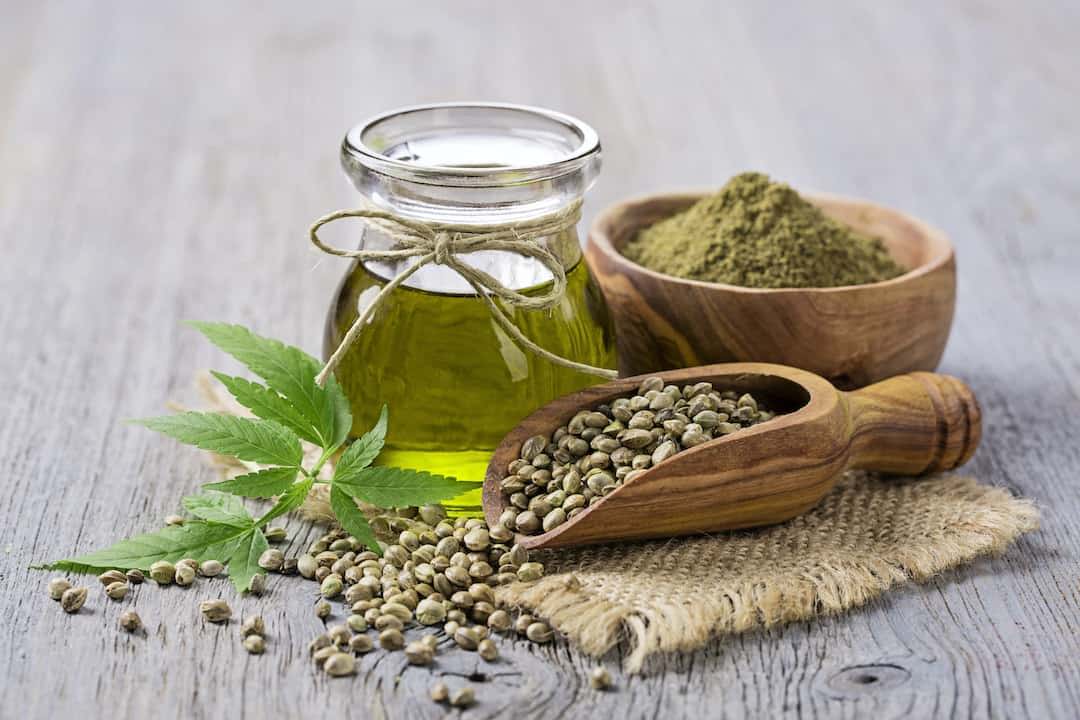 Is hemp oil a cure for fibromyalgia?

At this point, there is no definitive answer to the cause of fibromyalgia. Research indicates that it may have a gradual onset as the result of a significant physical, emotional, or psychological stress. Sometimes, it appears with no warning and no identifiable trigger. Although the disease isn't genetic, there seems to be a genetic predisposition to it that runs in individual families due to a gene mutation. Since there's no specific known cause, there's no standard treatment protocol and no way of preventing it.

An attack of fibromyalgia causes pain throughout the body, and it's accompanied by fatigue that can range from moderate to debilitating. Either pain or fatigue or both symptoms can remain for a short time or a long time. The disease is very tailored to the physiology of the individual, so it's difficult to standardize it. In addition to the pain and fatigue, individuals may experience: 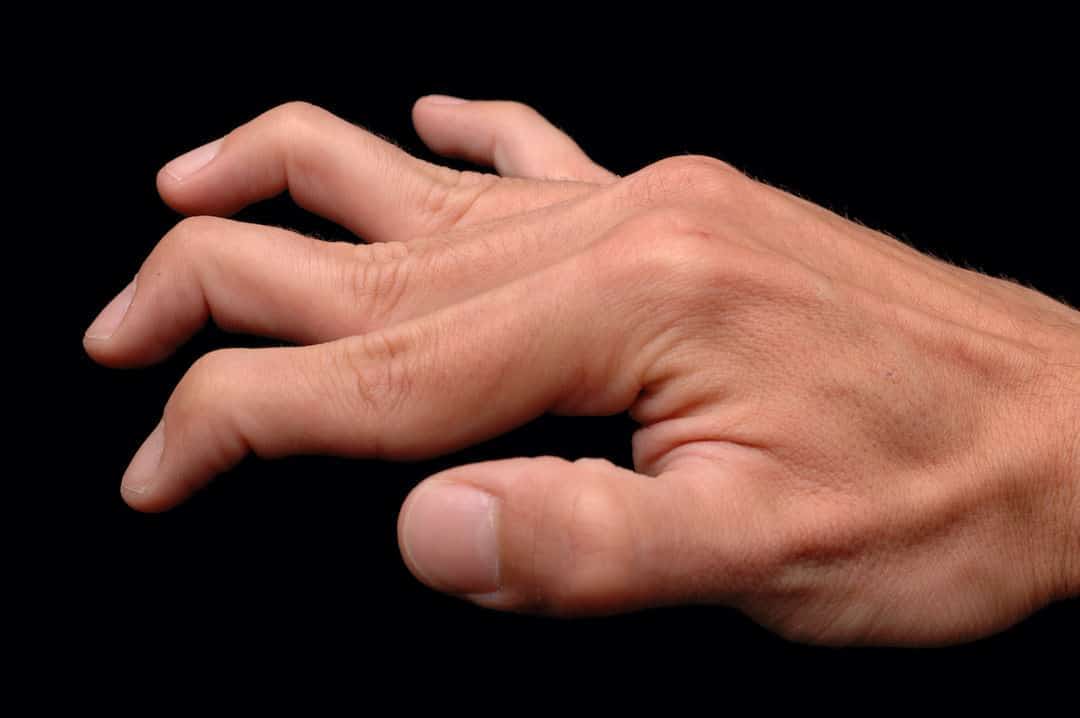 Is Ehlers-Danlos syndrome related to fibromyalgia?

Although the two disorders commonly present in a similar manner and fibromyalgia is often diagnosed as EDS, the two are genetically different. EDS is a genetic disorder, whereas there is not a verifiable genetic cause for fibromyalgia other than the tendency for it sometimes runs in families. Even doctors are divided on the issue of a genetic predisposition for the two disorders. Still, there is, at present, no conclusive evidence that fibromyalgia is an inherited disease or related to EDS.

Is fibromyalgia a somatoform disorder?

What causes fibromyalgia in women?

Researchers aren't sure of the exact cause of fibromyalgia, but it seems to be present in some families more than others. It's not an inherited disease. Rather, there appears to be a genetic predisposition for its development.

Infections can trigger a flare-up of the disease, and subsequent flare-ups can be more severe than those in the past. Stress, either physical or emotional, seems to be one of the primary factors in a flare-up of fibromyalgia, and it can become a trigger factor for future flare-ups.

Some experts postulate that frequent hormonal changes due to the female physiology contribute to the higher incidence of fibromyalgia in women than men. Women are also more likely than men to have tender points with pain that lasts longer than three months, and more severe overall pain.

The presence of tender points is usually a factor in determining the presence of fibromyalgia. However, the pressure applied by a doctor can vary according to the individual, they typically look for the following four symptoms when diagnosing fibromyalgia: 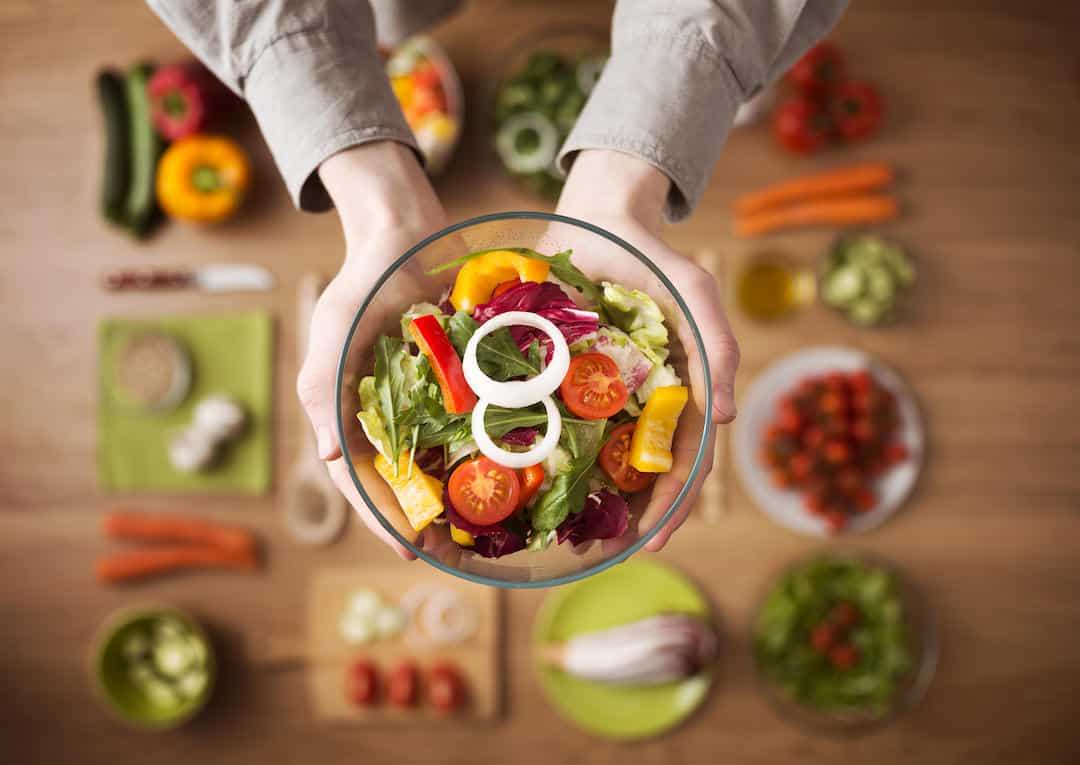 Has anyone been cured of fibromyalgia using a diet?

Although diet can play a significant role in the level of pain in the body, to date, there is no cure for fibromyalgia, so a specific dietary regimen won't cure it. Until researchers know the cause of the disease, it's unlikely that a cure will be found. However, since a healthy diet can have a positive impact on an individual's overall health, eating foods that are high in antioxidants, fiber, vitamins, and minerals can help your body's response to the disease.

Many doctors recommend the Mediterranean dietary regimen because it's anti-inflammatory and high in antioxidants. Refined sugars and carbohydrates can adversely affect the ligaments and joints in the body, and cause additional pain while delivering no nutritional benefit. The Mediterranean diet is also linked to weight loss, a lower risk of cardiovascular disease, lower blood pressure, and improved overall health. A limited study of 600 people found that eliminating animal products reduced the level of C-reactive protein after three weeks, which is vital to those with fibromyalgia.

What percentage of people recover from fibromyalgia?

There is no data on anyone recovering from fibromyalgia since there is no known cure for it. However, some people can manage the disease effectively so that flare-ups are infrequent, and their level of pain is manageable. Certainly, mental attitude plays a part in coping with fibromyalgia, as does diet and lifestyle.

Many of those who suffer from fibromyalgia have found more effective management techniques through alternative medicine than through traditional Western methods of prescription medication, diets, and stress reduction. Alternative medicines focus on the holistic techniques that have been used for centuries and millennia, such as EMUAID® products.

How would you describe fibromyalgia pain?

Many of those who suffer from fibromyalgia say they feel like they are always in the early stages of the flu. All of their muscles and joints ache, and the pain can range from mild to debilitating. Some say that even their fingernails hurt. The pain presents in a variety of manners. It can be sharp, intense, dull, light, aching, or throbbing, and the type of pain will depend on the individual's physiology. 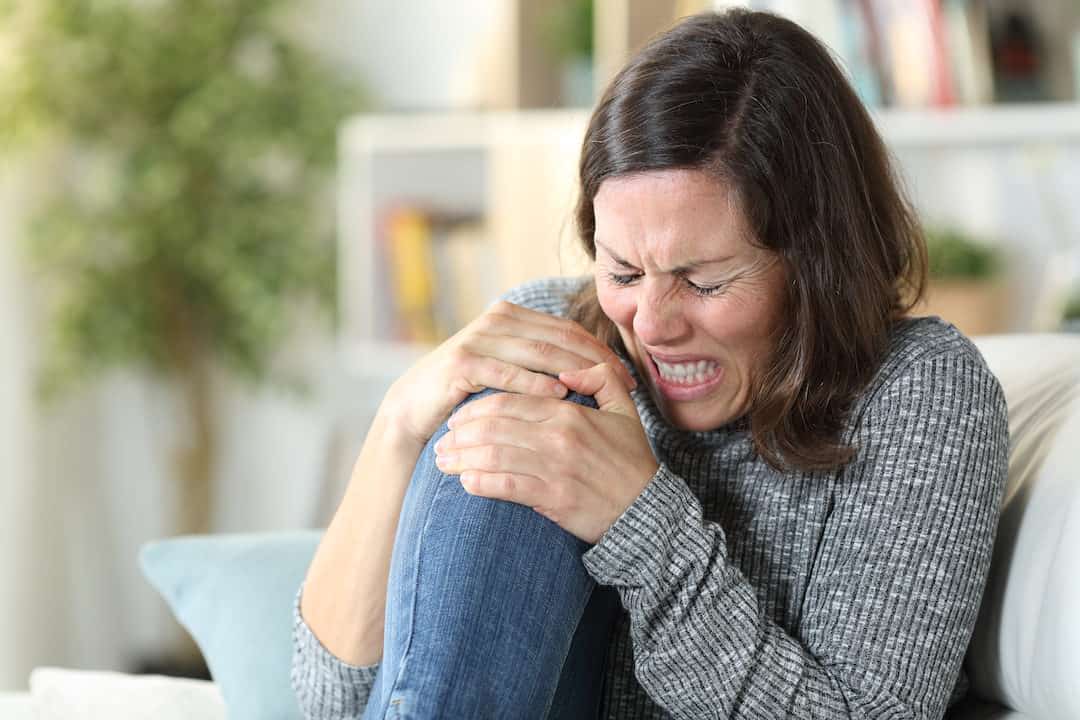 The simple reason for the increased pain level is that fibromyalgia intensifies and multiplies nerve signals that are sent to the brain so that the brain may receive several times the number of signals that would exist in a healthy individual. Even a minor itch or slight pressure can become debilitating pain in an individual who has fibromyalgia.

Can a yeast infection cause fibromyalgia?

What are the best fibromyalgia medications? 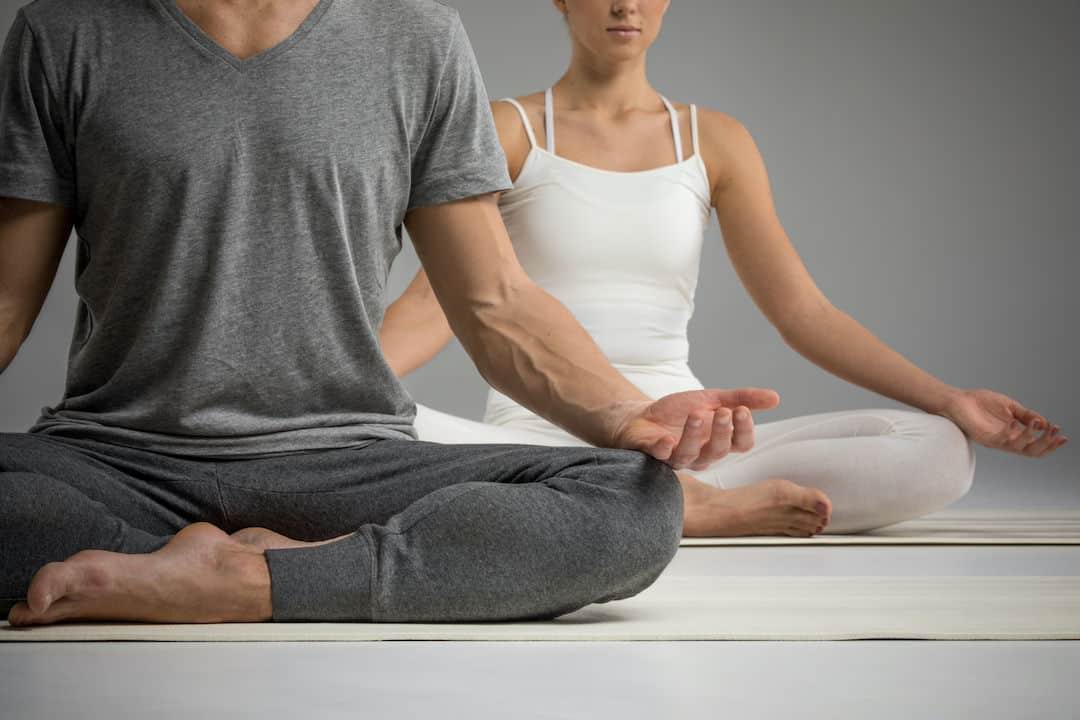 Since cold and damp weather can cause flare-ups and exacerbate the symptoms of fibromyalgia, many of those who suffer from this disease move to warmer, drier climates. Getting enough good quality sleep and reducing stress are popular ways of reducing the impact of the disease, as are massage and exercise. However, some individuals are unable to tolerate even light pressure during a flare-up, so a massage may be counterproductive unless it's a touchless massage.

Some people with fibromyalgia find that they are unable to walk, carry, push, pull, lift, and grasp, so passive exercise may be the best option for them. If your body can't accommodate traditional exercise, then try to find alternatives that won't stress your body further.

How to get rid of fibromyalgia?

Although there is no cure for fibromyalgia, there are ways to minimize both the frequency and the severity of the disease. At the top of the list for good fibromyalgia health is reducing stress. Learn to recognize the few things that are truly important in life and let go of the rest.

A tenet of many Eastern practices is that life will happen as it's supposed to, so practice mindfulness. Be in the moment, and don't fret about things that may never come to pass. Maintain a healthy diet and lifestyle that incorporates good quality food, mindfully eaten, adequate amounts of exercise, and a sufficient amount of good quality sleep. Vitamins and supplements may be needed to ensure a high degree of health, and acupuncture or massage may be necessary and helpful if it's available.